Trade Relations between Sri Lanka and Russia:
• Trade between Sri Lanka and Russia has been growing significantly since the disintegration of the former Soviet Union in 1991.
• Though the balance of trade has been continuously favorable for Sri Lanka since 2007 to 2014, the gap has been reduced gradually with the increase of imports. Further, with the decrease of the tea exports from Sri Lanka to Russia in 2015 onwards, the trade balance was in fluctuating trend.

Sri Lanka's Exports to Russia
• Exports to Russia recorded as US $ 181.98 million in 2016 has increased to US $ 209.79 million in 2017, which shows a 15% increase compared to previous year.
• Russia became the 12th leading buyer of Sri Lankan products absorbing 2% of Sri Lanka's total exports to the world in 2018.
• Tea is the main export item to Russia which accounts 83% from total exports.
• Other items that Sri Lanka exports to Russia are Apparel, Other vegetable textile fibers, Articles of apparel and clothing accessories (including gloves), New pneumatic tyres, of rubber, Headgear & parts thereof, etc.
Sri Lanka's Imports from Russia
• Though there can be seen a rapid increase in the imports from Russia to Sri Lanka in the resent years. But in the years of 2016 and 2017 the statistics shows a decrease in the imports, mainly due to the decline of imports of wheat flour and Iron & steel from Russia.
• In 2018 imports from Russia has increased to US$ 203.72 million, an increase of 17% compared with the previous year.
• Iron and Steel becomes the main import item from Russia to Sri Lanka while Wheat and meslin Asbestos, etc. were the other main import items from Russia to Sri Lanka.

Sri Lanka's potential products to Russia
• Black Tea; Medium oils and preparations, of petroleum or bituminous minerals; Men's or boys' trousers, bib and brace overalls, breeches and shorts, of cotton; Men's or boys' shirts of cotton; T-shirts, singlets and other vests of cotton, knitted or crocheted; Gloves, mittens and mitts, of vulcanised rubber; are some of the potential products for Russian market.
• Sri Lanka can make use of annual international trade Exhibitions such as "Prodexpo" and "World Food" to promote these potential Sri Lankan products in Russian market.
Sri Lanka – Russia Inter Governmental Commission on Trade, Economic, Science and Technical Cooperation
• While recognizing the importance of further strengthening trade relations between Sri Lanka and the Russian Federation, under the initiative of the Russian Federation, a text of the Trade Agreement was finalized in 2001 by both countries. However, the signing of the same has been pending as the Russian Ministry of Trade has suspended entering into new bilateral trade agreements due to their accession to the World Trade Organization during that period.
• The Agreement on Establishment of Inter – Governmental Commission on Trade and Economic and Science and Technology Cooperation has been signed by the Russian side on 23rd April 2015 and the Sri Lankan side will sign the same, once the dockets receive via diplomatic channels.
• 1st meeting of the Inter – Governmental Commission on Trade, Economic, Science and Technical Cooperation was held on 10th – 12th February 2016 in Moscow and 2nd meeting of the Inter-governmental Commission was held on 24th – 26th October 2017.

Eurasian Economic Union of Armenia, Belarus, Kazakhstan, Kyrgyzstan and the Russian Federation:
• The Customs Union of Belarus, Kazakhstan, and Russia came into existence on January 1, 2010 between the states of Belarus, Kazakhstan, and Russia. The Customs Union was launched as a first step towards forming a broader European Union-type economic alliance of former Soviet states.
• The member states were planning to continue with economic integration and were set to remove all customs borders between each other from July 2011.
• On 19 November 2011, the member states put together a joint commission on fostering closer economic ties, planning to create a Eurasian Union by 2015.
• Since January 1, 2012; the three states are a single economic space called Common Economic Space to promote further economic integration. The Eurasian Economic Commission is the regulatory agency for the Customs Union and the Eurasian Economic Community.
• Access of products to the single territory of the Customs union is granted after products have proved to be compliant with the requirements of Customs Union Technical Regulations which are applicable to the product.
• As of December 2012, 31 Customs Union Technical Regulations have been developed covering different types of products, some of which have already come into force, while others will come into force in the period 2012 – 2015. Some Technical Regulations are being still developed.
• On 29 May 2014, Russia, Belarus and Kazakhstan signed the Treaty on the Eurasian Economic Union (EAEU), according to which, starting from 1 January 2015, the Customs Union transformed into the EAEU. The CU and CU regulations became an integral part of EAEU.
• From 1st January 2015, the EAEU was composed of the territories of Russia, Belarus, Kazakhstan and Armenia.
• Kyrgyzstan joined the EAEU on 12th August 2015.
• Members of the Eurasian Economic Union offer Generalized System of Preferences (GSP) for developing countries and LDCs and under this scheme Sri Lanka can enjoy 25% of tariff reduction from the current customs duty rate.
Source: Sri Lanka Tourist Development Authority 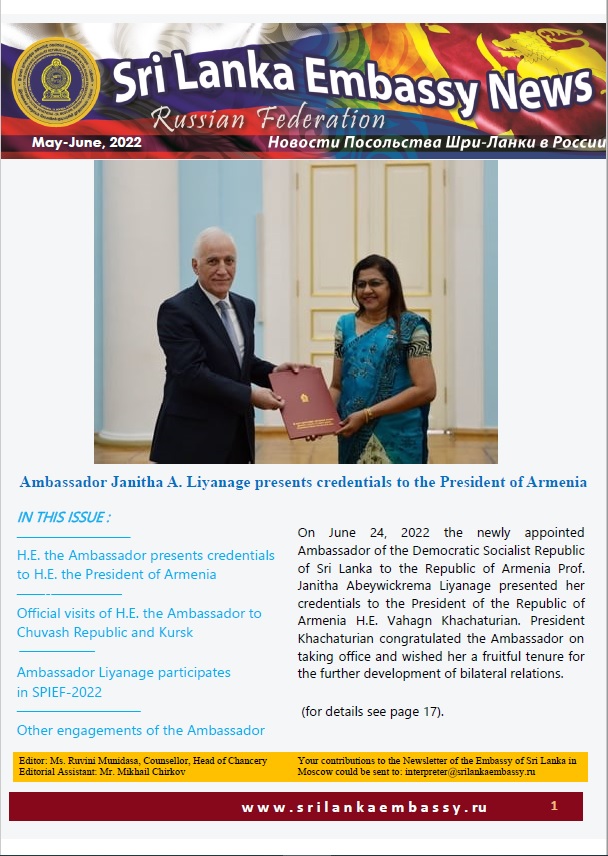