Ambassador Prof. Janitha A. Liyanage receives ‘Rose of Peace’ Gold Medal from the Institute for the Culture of Peace (UNESCO) 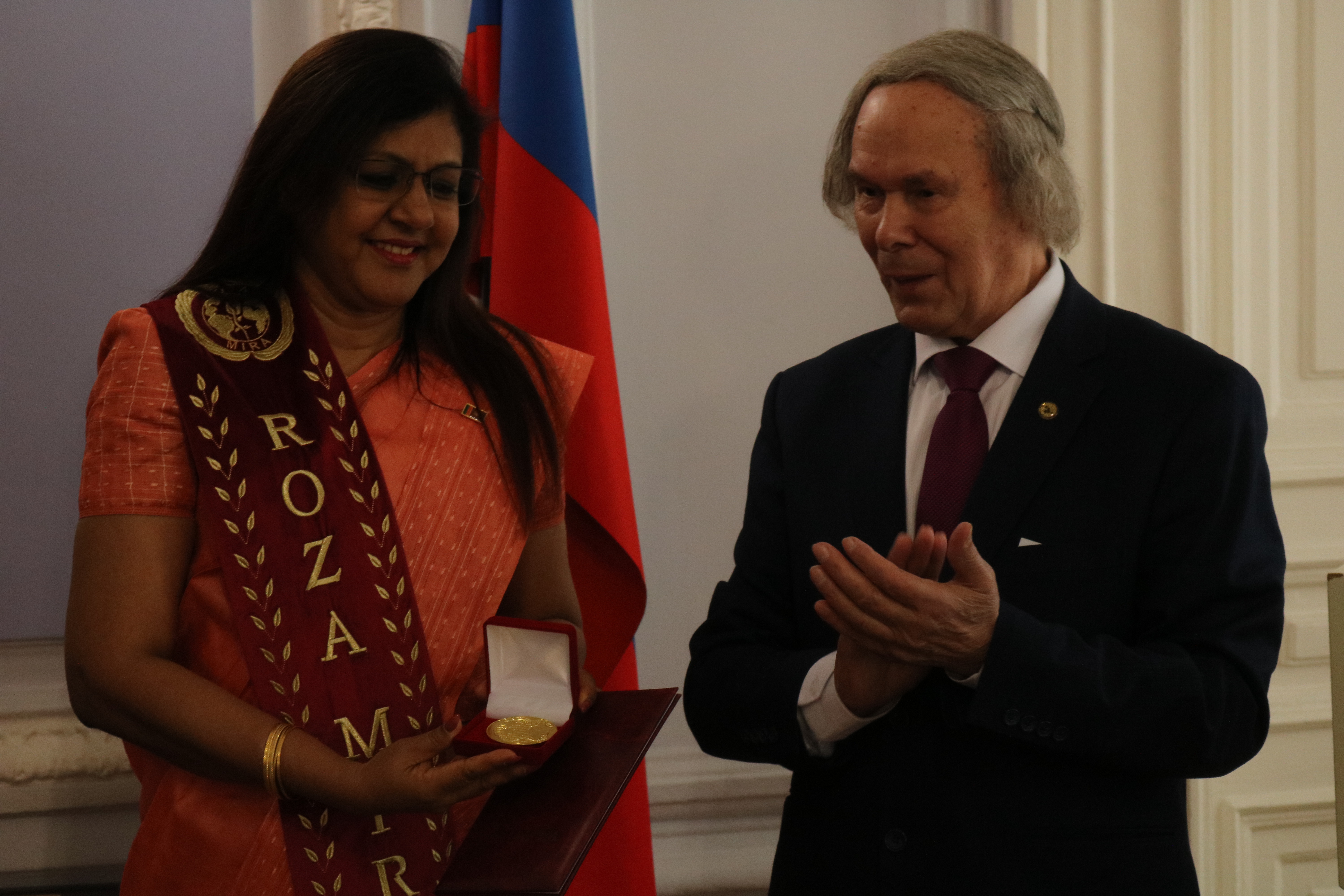 For the personal contribution to strengthen the country’s economic, scientific, technological, intellectual and spiritual potential to develop multilateral international cultural, educational, youth and tourism ties between Russia and Sri Lanka, Sri Lankan Ambassador to the Russian Federation H.E. Prof. Janitha A. Liyanage was decorated with the ‘Rose of Peace’ Gold Medal by the Institute for the Culture of Peace (UNESCO).

Over the years, the Rose of Peace medal was received by well-known four Directors General of UNESCO, two UN Secretaries General, the Minister of Foreign Affairs of Russia Sergey Lavrov and a number of prominent scientists, public figures and diplomats, who have made a significant contribution in the development of the economy, science, education, culture, art, sports, as well as in the adoption in social practice of the ideas and values of democracy, progress, a culture of peace, tolerance, interfaith harmony and a dialogue of civilizations. In April 2022 for the first time in the history, the Medal goes to a Sri Lankan citizen.

Being a scientist, H.E. Prof. Janitha A. Liyanage was also awarded a title of ‘Honorary Academician’ of Europe-Asia International Academy of Humanities.

Academician E.R. Tagirov, Rector of the Institute for the Culture of Peace (UNESCO) and the delegation from Kazan congratulated H.E. the Ambassador and highlighted the importance of longstanding friendly relationship between the nations of Russia and Sri Lanka based on mutual understanding and warm feelings towards each other.

In her speech, H.E. the Ambassador Prof. Janitha A. Liyanage thanked the audience and mentioned that she considered this medal not as a personal one, but as a reward for the whole nation of Sri Lanka. 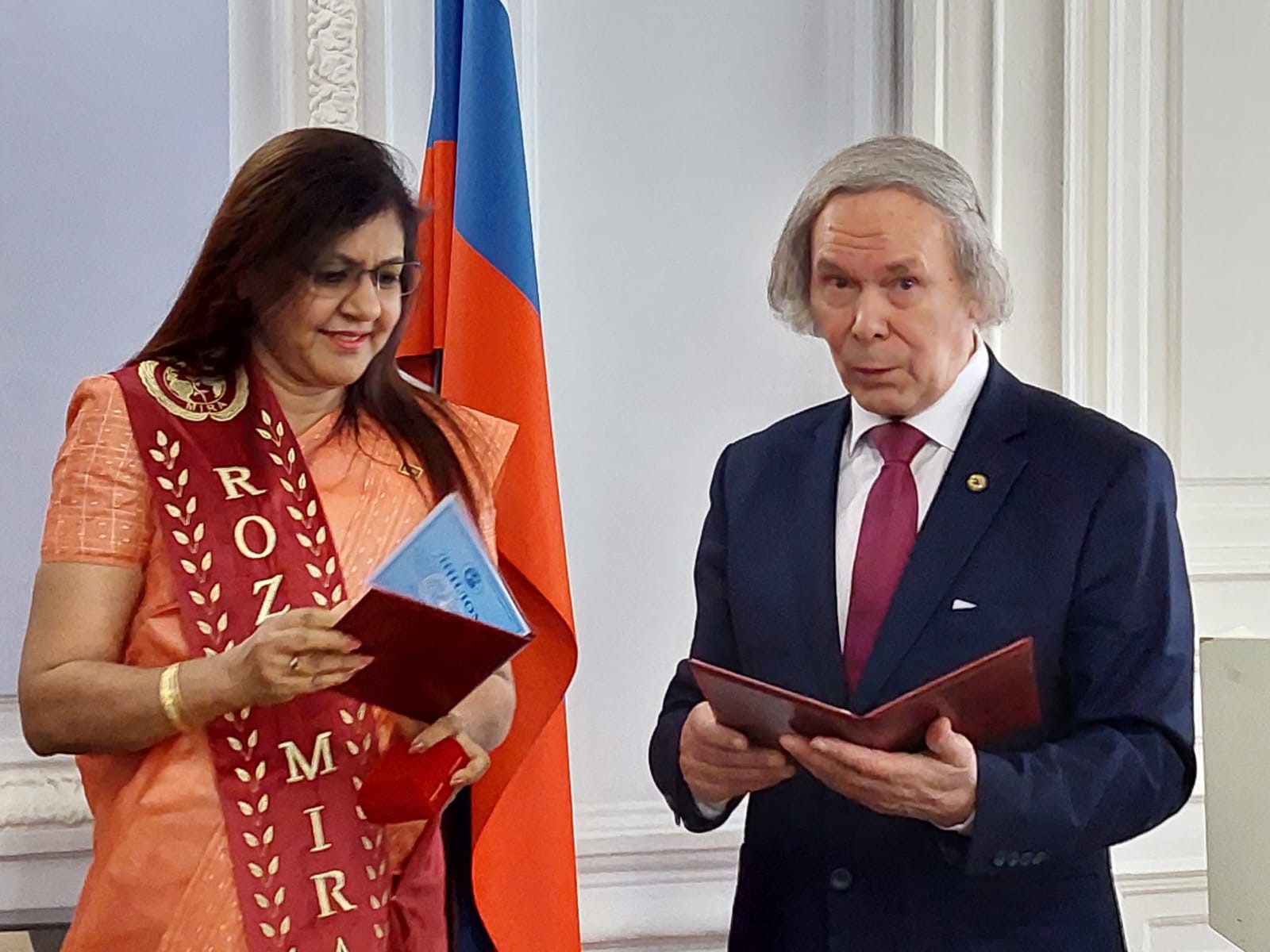 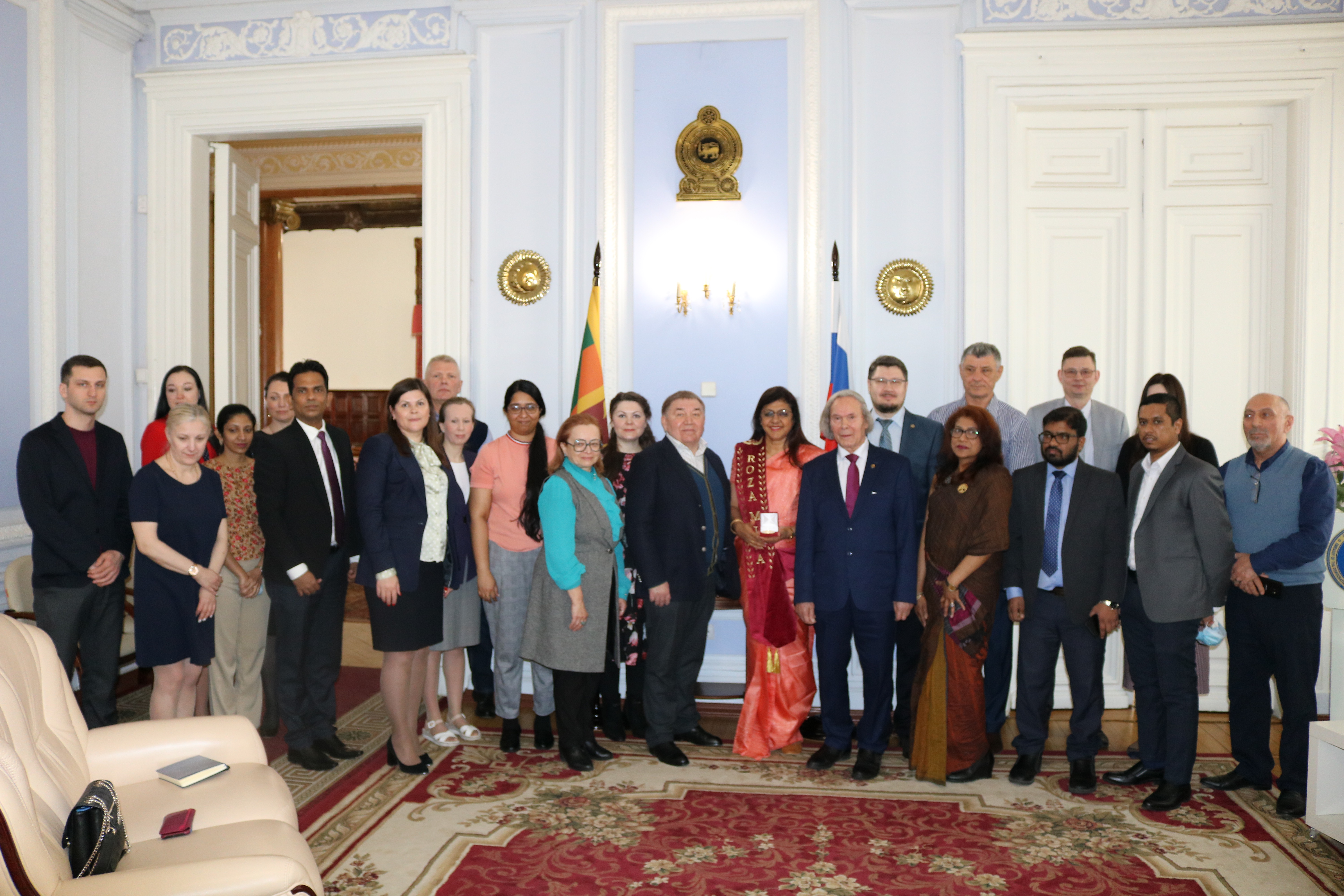 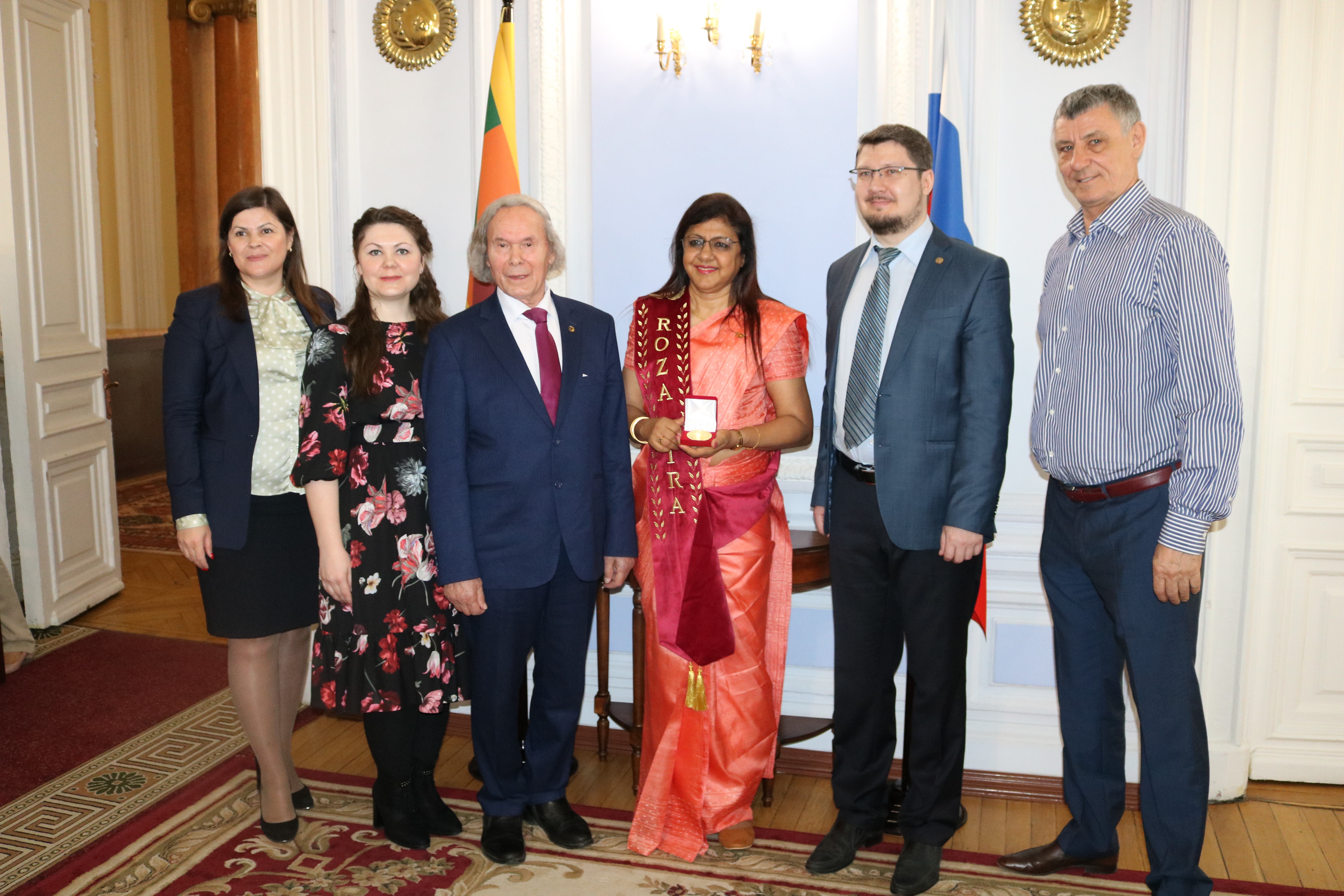