Ambassador Prof. Janitha A. Liyanage participates in the opening of Buddhist Temple in Kaluga region, Russia

On July 12, 2022 Ambassador of Sri Lanka to the Russian Federation H.E. Prof. Janitha Abeywickrema Liyanage attended the official opening of the Buddhist Pagoda Shwezigon - the cultural center of Myanmar at the invitation of Ambassador of the Republic of the Union of Myanmar H.E. U Lwin Oo, and Director of Ethnomir park-museum in the Kaluga region Mr. Ruslan Bairamov.
Ambassador H.E. Prof. Liyanage was also invited to participate in the Ceremony of blessing the "sacred diamond bud and ornamental blade" before it was hoisted on top of the Pagoda. 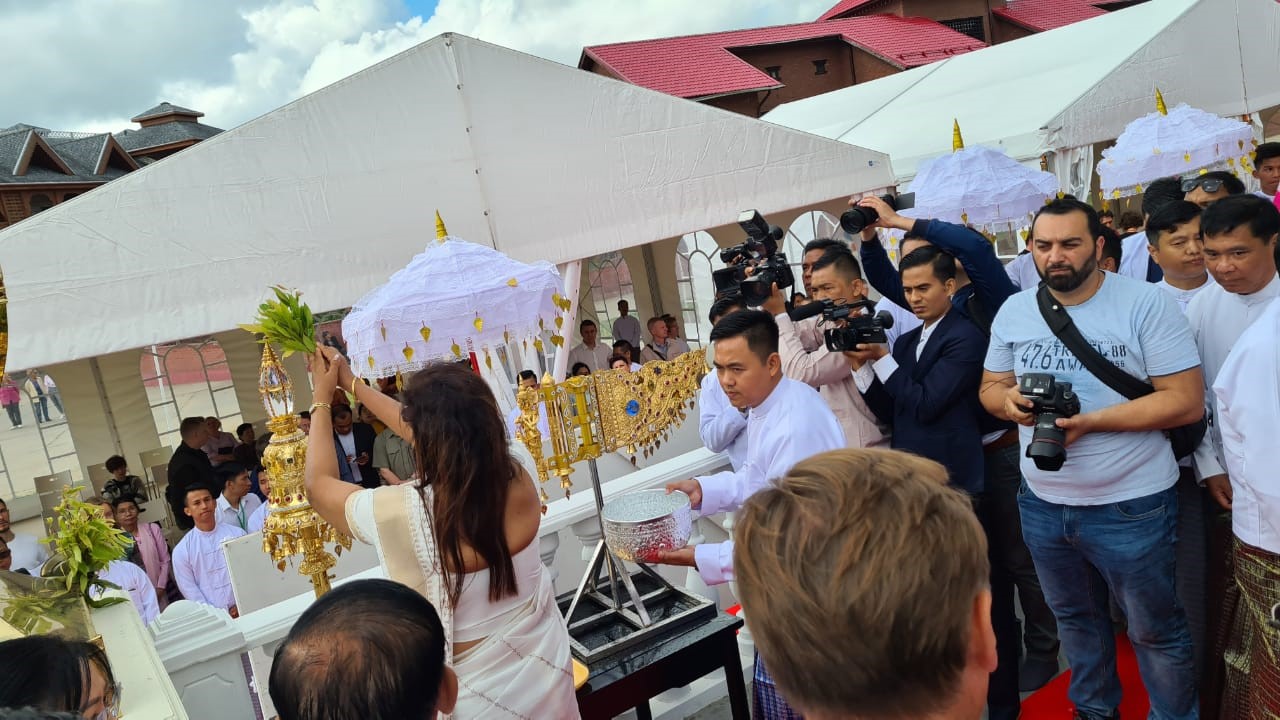 The Opening Ceremony of the Pagoda was attended by the Head of Myanmar, the Supreme Commander of the country's armed forces, the Prime Minister, Senior General Min Aung Hlain and the spiritual leader of the Myanmar people, Buddhist monk and public figure Ashin Niyanissara. 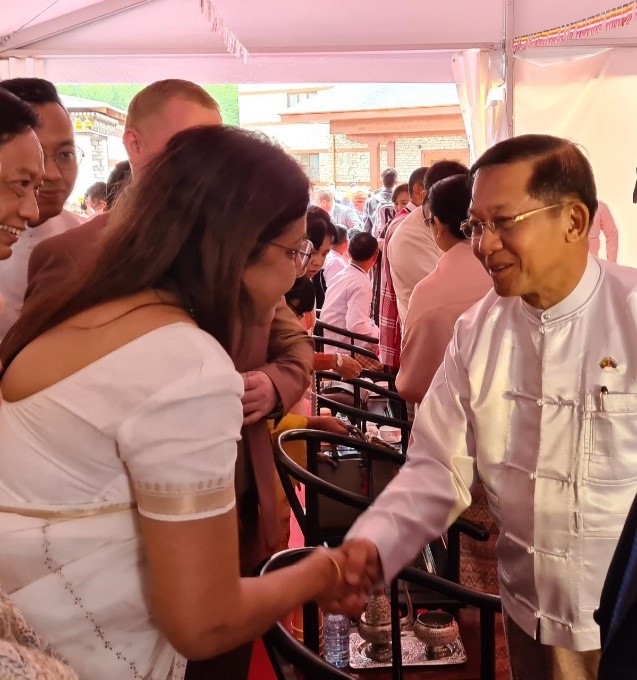 H.E. the Ambassador Prof. Liyanage with Prime Minister of Myanmar 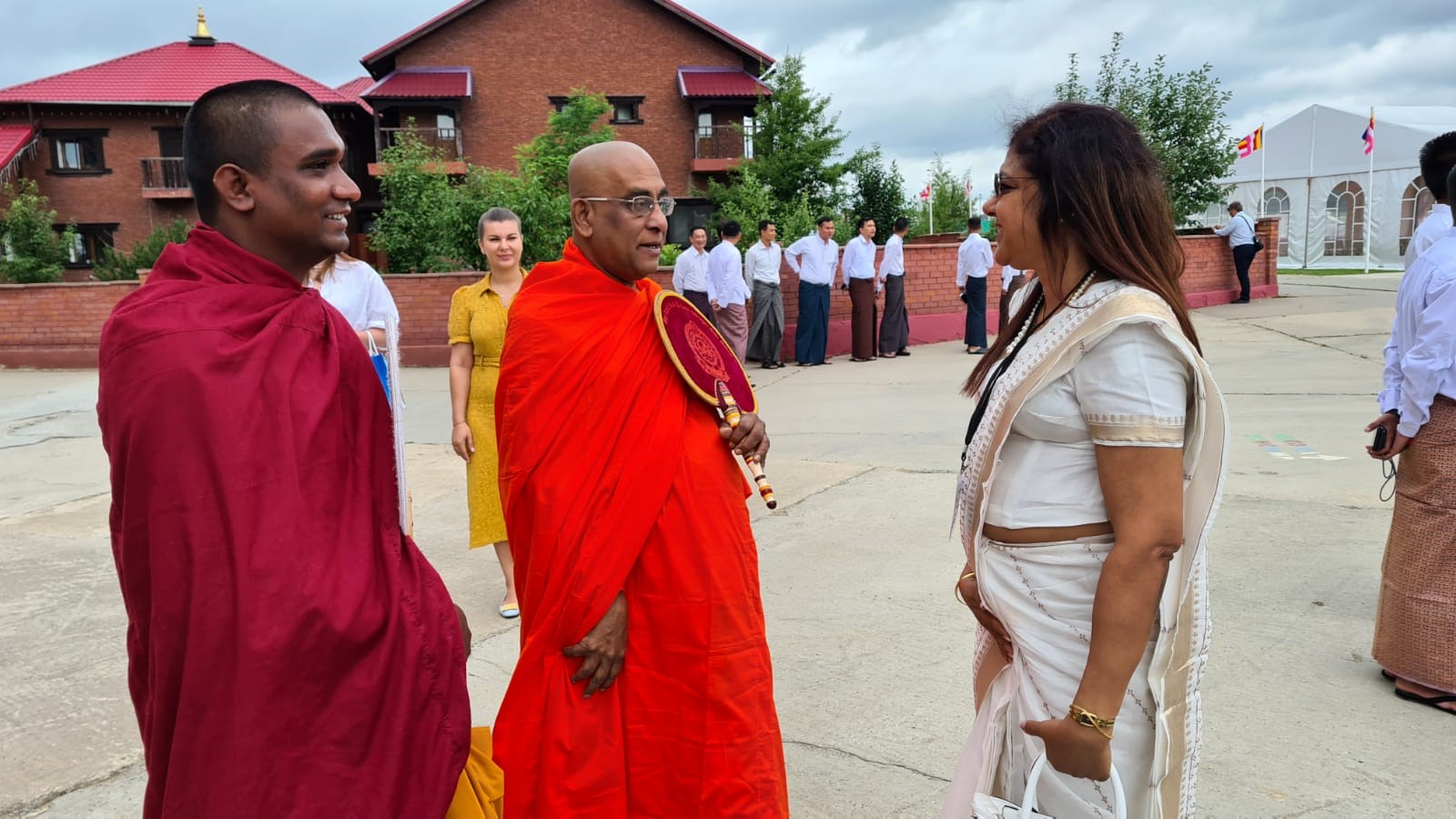 The important event was attended by Ambassadors and high-level officials of the Russian Federation including Deputy Minister of Defence Colonel General Alexander Fomin and Vice Speaker of the Federation Council of the Russian Federation Mr. Konstantin Kosachev, Deputy Head of Rossotrudnichestvo Pavel Shevtsov, Deputy Governor of the Kaluga Region Vladimir Potemkin, Vice President of the Union of Buddhists of Kalmykia, the Society for Friendship and Cooperation of Southeast and South Asian countries in Russia, monks from the Myanmar Cultural Center of Russia, businessmen and students. 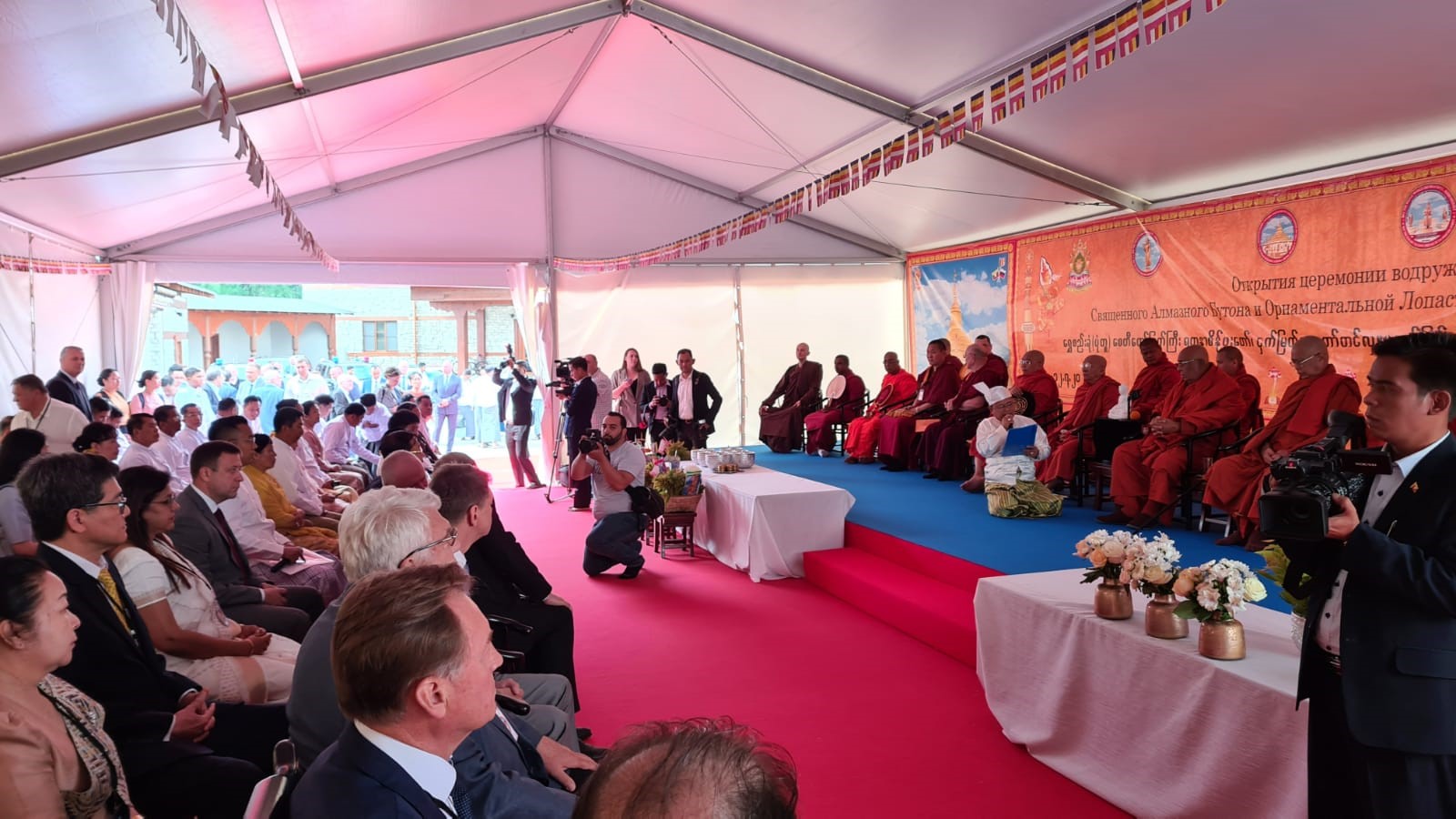 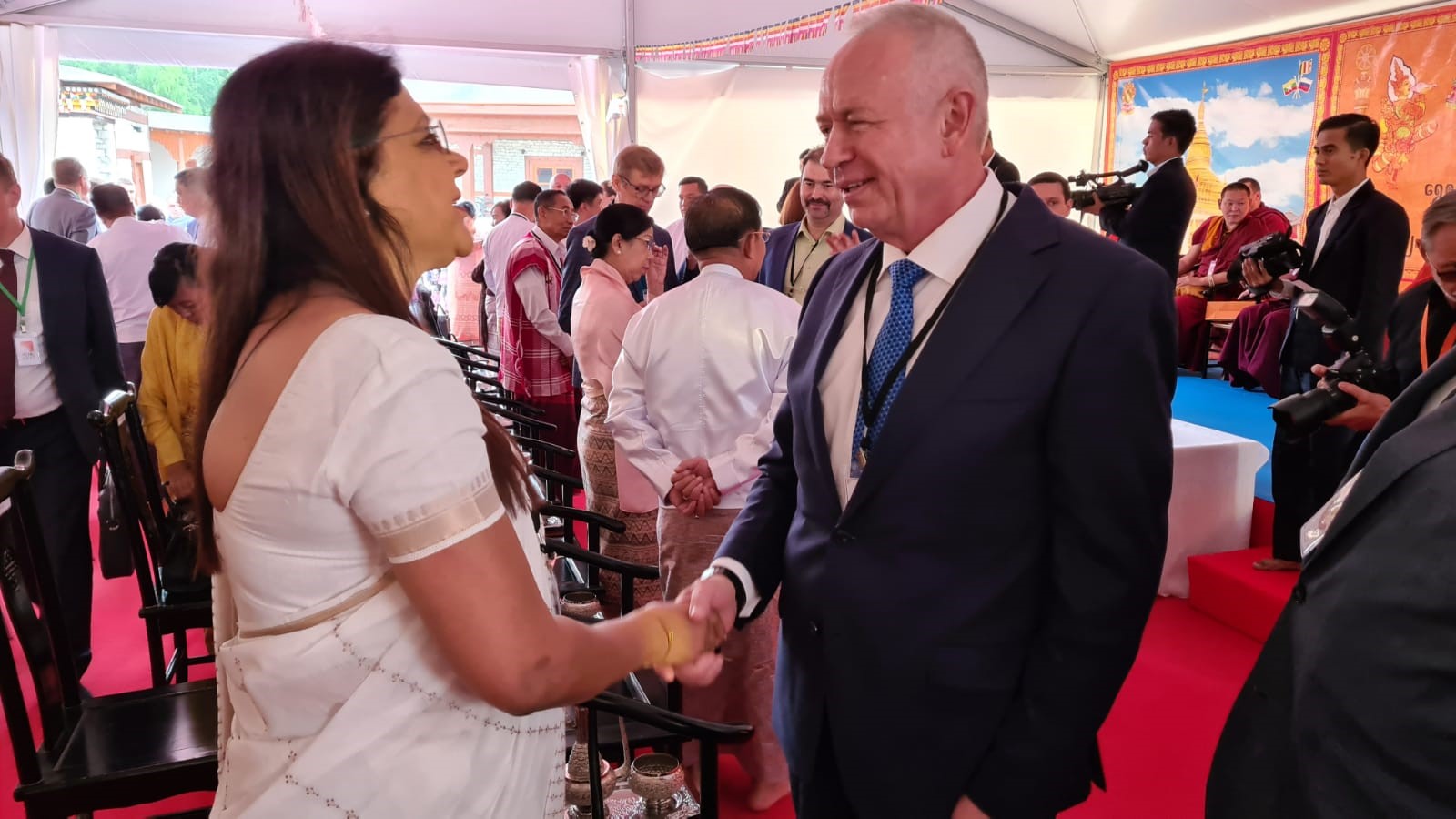 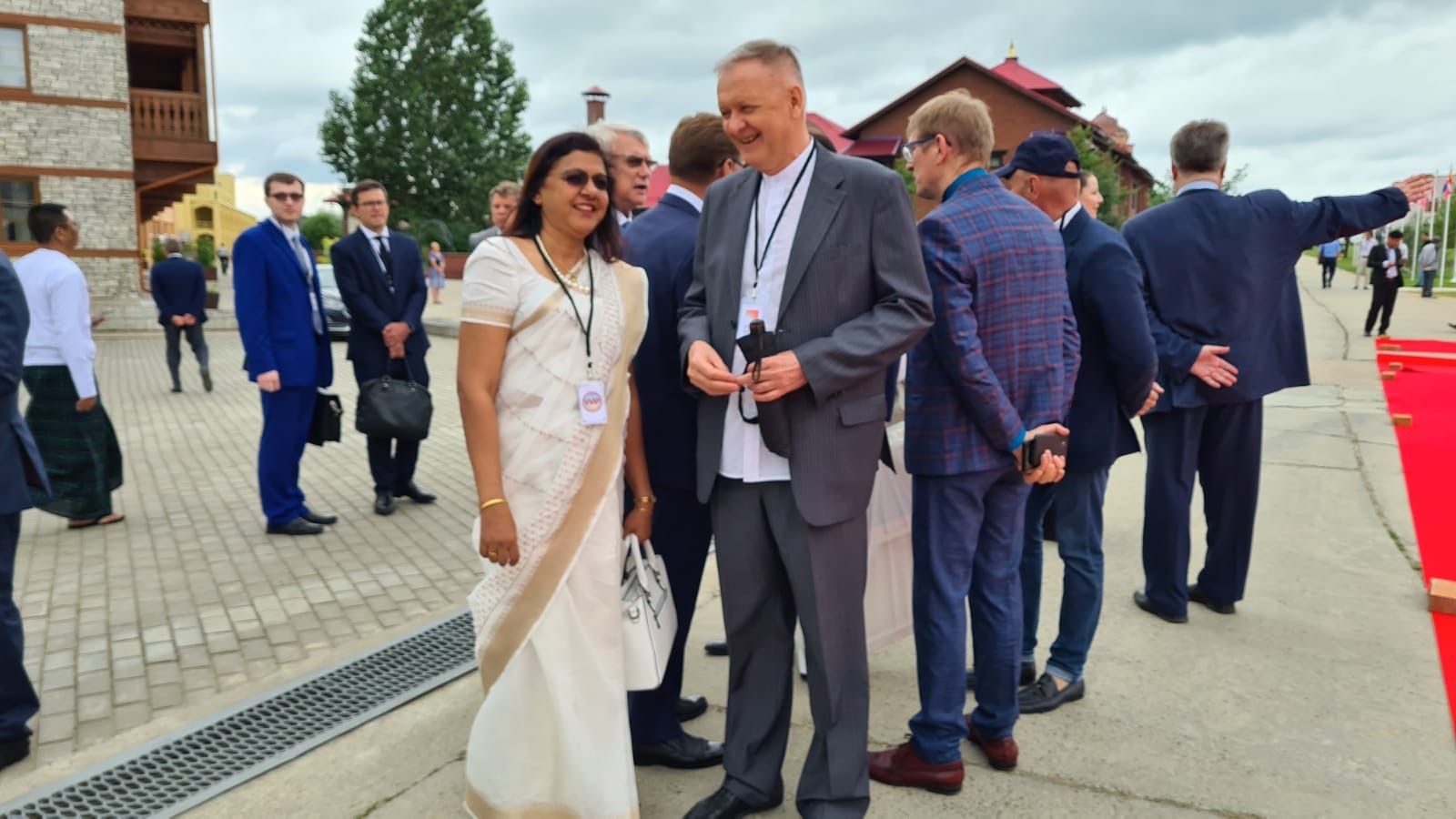 Ambassador Prof. Janitha A. Liyanage with Ambassador of Russia to Myanmar

Following the official part H.E. Prof. Janitha Liyanage was invited for an interview. 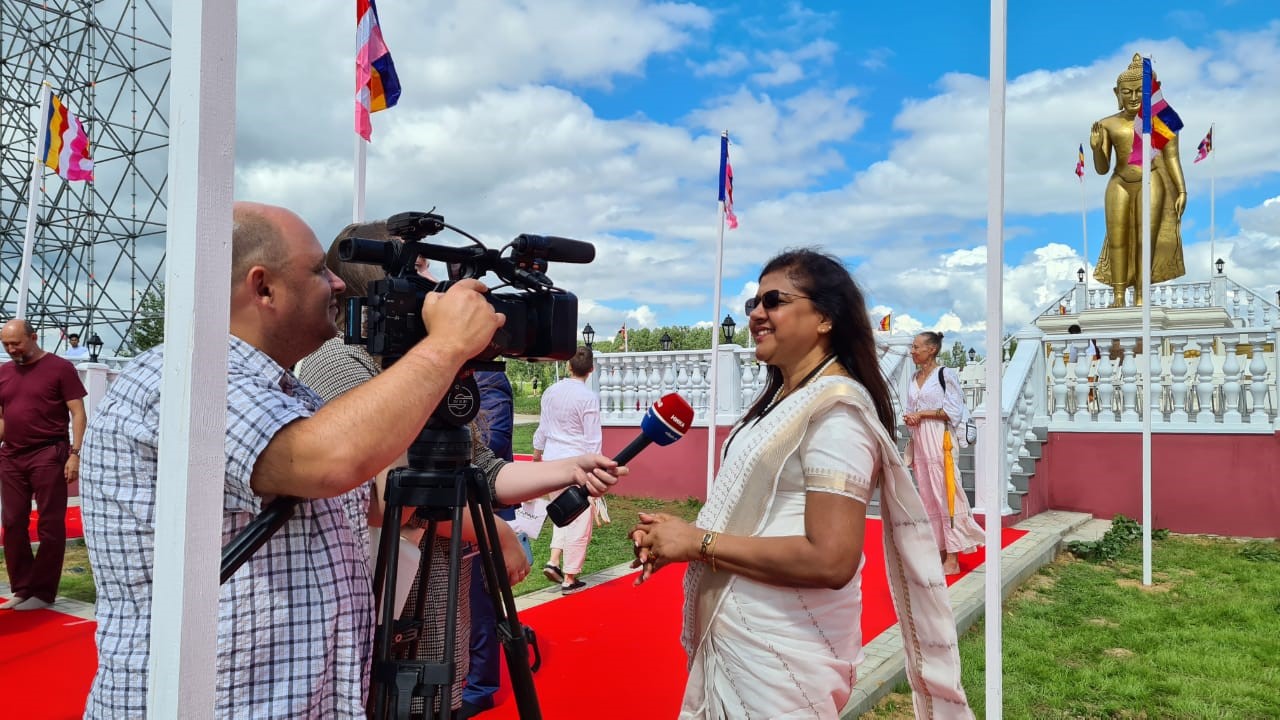